Jax Big Beige is a large piece privately held in a home on Lake Virginia, Winter Park, Florida. The style is Abstract Expressionism after the inspiration of Jackson Pollock.

Pondering life is a mental and emotional exercise in philosophy. You don’t have to be old, genius, or highly educated to do it. Abstract Expressionism became an epoch of art history that falls between 1946 and 1956. This is the period of Pollock and his “poured” masterpieces defined the category. But Abstract Expressionism is more of a group of people than a genre of art. It was, “a style that fit the political climate and the intellectual rebelliousness of the era.” (Wikipedia). 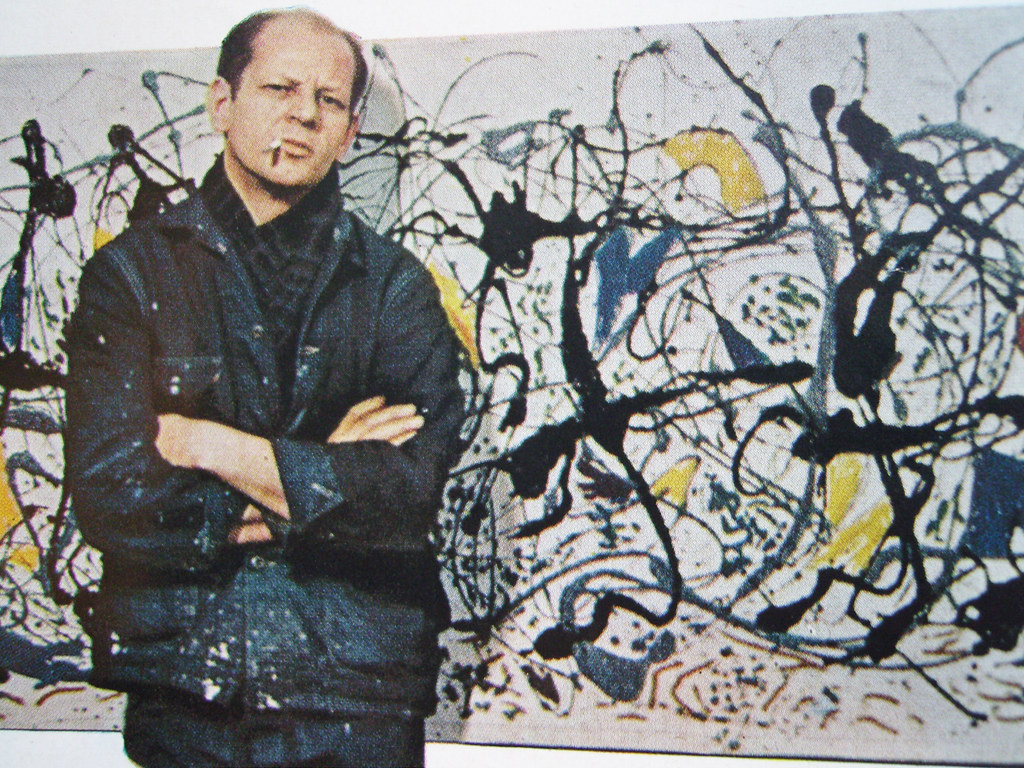 So I suppose aside from replicating the style of artists like Pollock, it is impossible to be an abstract expressionist painter today. There are different genres today. Jackson Pollock “realized that the journey toward making a work of art was as important as the work of art itself.” (ibid.)

I don’t care what the technique is called, all I know is there is something special about spreading a large canvas on the floor and painting it from all directions. Except for me, it is done on the ground outside. Often innocent bugs become immortalized that way.

Every time a painting like this is viewed, the perspective seems to change. To me abstract expressionism is about change. It never looks or feels the same. It is never boring.

The only thing you can count on is change.

This same truism is expressed by Terry Brooks in his book, Talismans of Shannara (p.449) . . .

The inevitability of change is the sole constant of life.

It’s one of those deeper thoughts that’s almost universal, although some of us recognize it later in life than others. Here are two other paintings I created in my Jax series: Chicago Rain, A Young Man Faces Down The City

Landscape With Snow, After Vincent van Gogh
Scroll to top